Find all the cultural, sports, design, and social news about our brand.
This blog will keep you up to date on Bonzini’s latest releases and events, as well as media coverage of our products and brand. 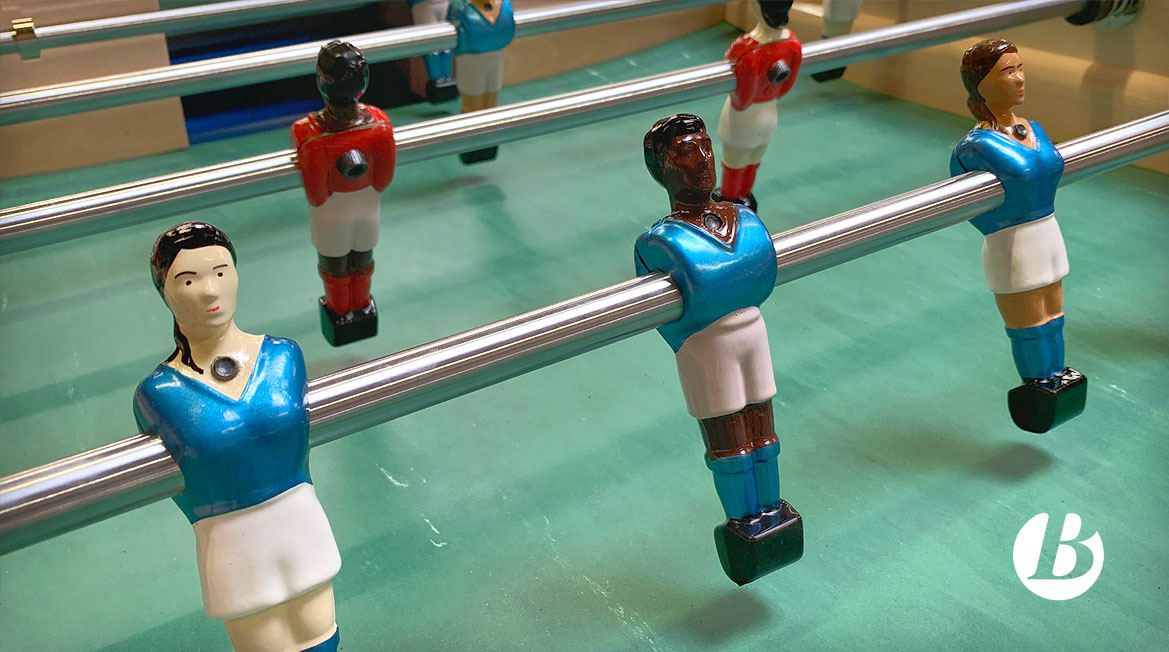 Our new female players made their first appearance on a foosball pitch on Tuesday, 21 May 2019, during the opening night of the «Foot d’Elles» festival at Carreau du Temple!

On the morning of 21 May we received our first sample of freshly painted female players, and we eagerly mounted them on the bars of a B90 Original model.

They were out on the field and having a kick-about at around midday. The B90 Original Mixed model is now officially available!

It is equipped with 11 male and 11 female players distributed between the two teams, each respectively occupying defence, attack, midfield and goalkeeper positions! 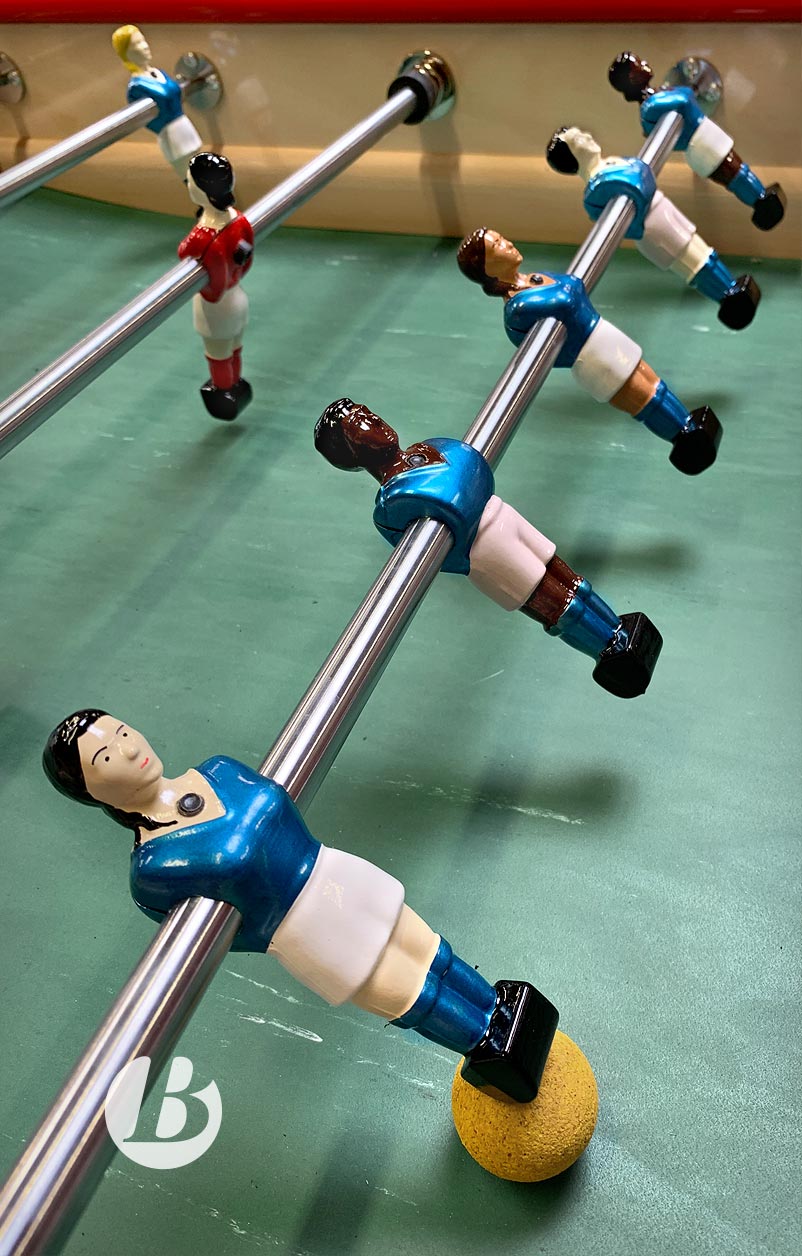 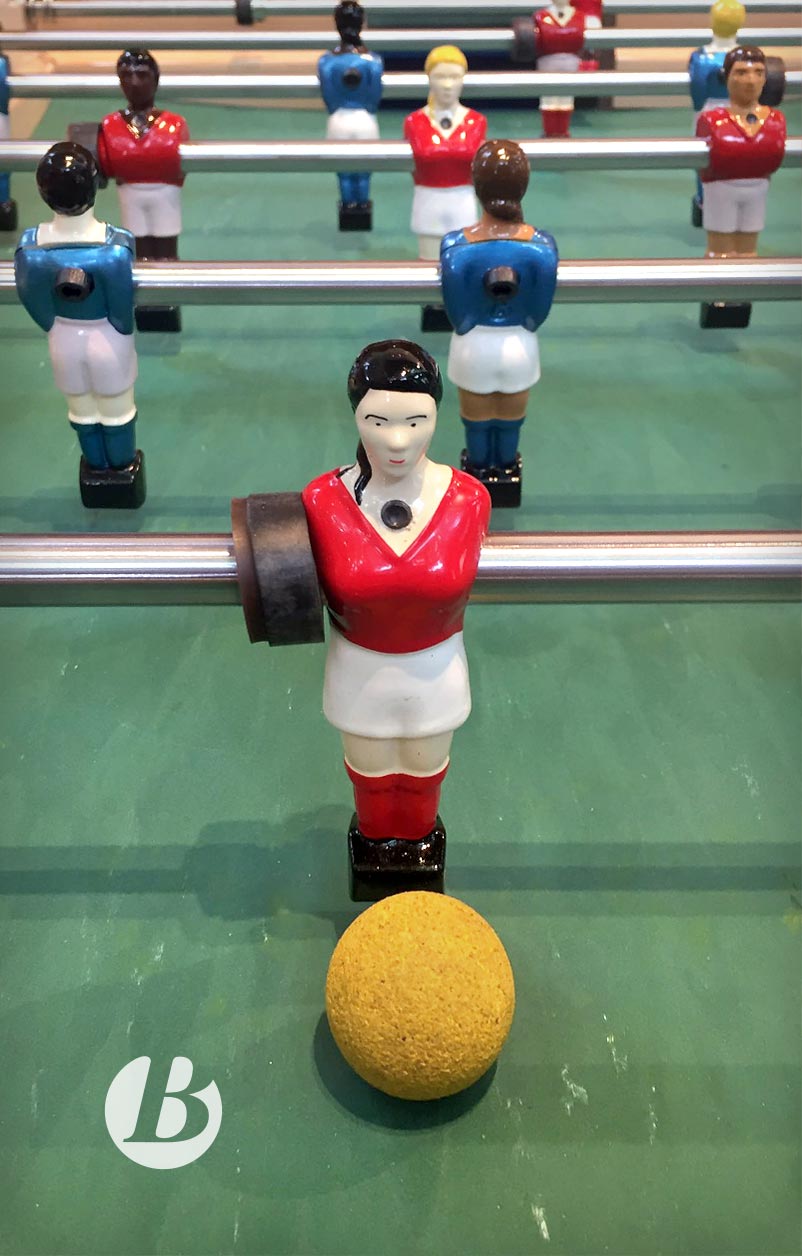 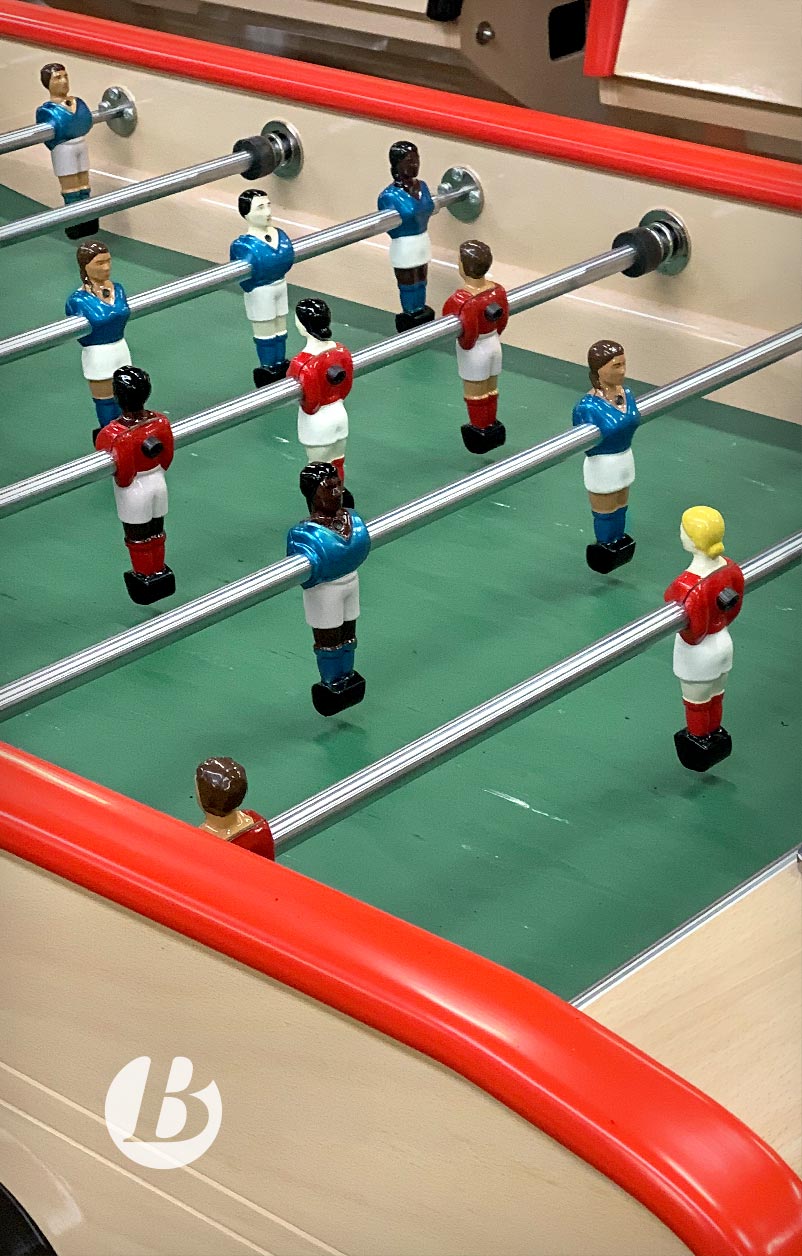 Tuesday, 21 May was also the opening night of the “Foot d’Elles” festival, which was held at Carreau du Temple in Paris. This festival – which focuses on film and talks on women and sport – aims to promote gender equality and diversity.

Our mixed foosball table with the new female players was one of the special guests at the launch evening, which we attended with our partner and friend Nicole ABAR. 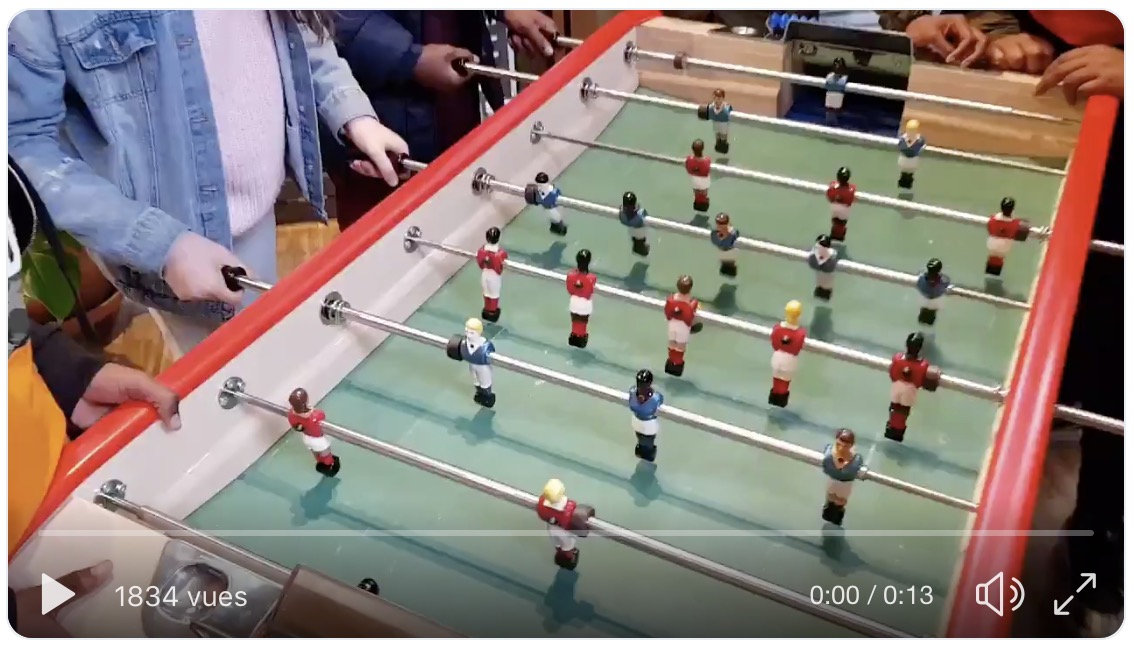 The documentary Little Miss Soccer by Candice Prévost and Mélina Boetti was also screened for the first time.

It set the tone of this Festival, which will serve as a backdrop for all of the highlights of the Women’s Football World Cup in France at the different host cities. It brings together football and cinema, and tackles the challenge of introducing football, the game and its issues to the world of culture, all whilst attracting new audiences.

Journalists were also in attendance. You can access some reports via the links below.

>  Listen to the France Info, France Inter and France Bleu national radio interview from Wednesday, 22 May 2019:

Just 2 weeks to go until the start of the Women’s Football World Cup in France, and we are delighted to see our female player take her position at the heart of this event.